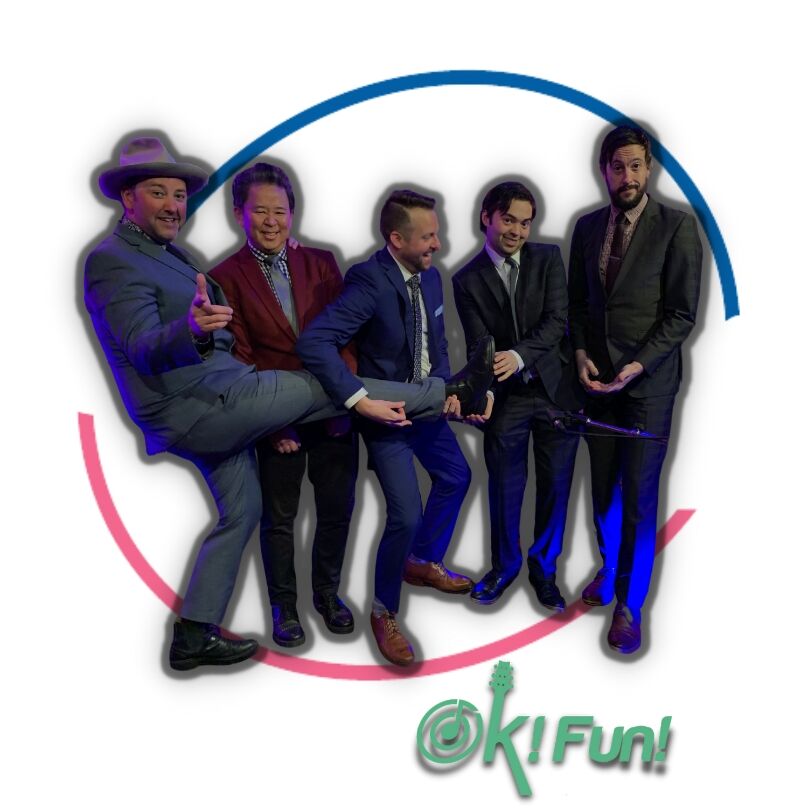 How it all began

Thanks for checking out Vancouver's newest and coolest cover band, I'm Paul Filek.

OK!FUN! was formed in February of 2020 to distinguish my original music projects from my work as a professional entertainer in the greater Vancouver area.

My journey began in Kamloops, British Columbia, 40 years ago.

Growing up, I was lucky to have access to a wide variety of instruments I could experiment with. Although I was gifted with piano lessons at an early age, I was eventually 'fired' by my teacher as I did not practice. I found practicing very difficult as I was not inspired by the songs I was being taught. Essentially, the music I was learning was unappealing.

I'd been encouraged to study the Royal Conservatory of Music instead of learning fun songs I could relate to from the radio.  At this tender age, I realized I wasn't interested in being traditional and preferred listening to and playing modern music.

At the age of 21, I found myself at a friend's house. This is where I had my first experience performing music in front of my peers. In the presence of liquid courage and my friends dads out-of-tune guitar, I began horribly strumming the three chords I knew, making up rhymes, and making fun of the people around me. The response, and the experience was so exhilarating I quickly became addicted to writing my own songs as well as performing cover songs. To this day my desire to perform for people has not ceased.  The bigger the crowd, the better!

Over the course of the next decade, I was busy perfecting my new love. In that span I released three albums and one EP as well as performed hundreds of shows across Canada.

I sold upwards of 10,000 CDs. I was the supporting act for Ziggy Marley, Jully Black, Carly Rae Jepsen, INXS, STYX, TROOPER, and I had a song in the Canadian Adult Contemporary top 100 (#84 — FALLING FOR YOU).

I even made the top 40 for Canadian Idol. What! What!

I moved to Vancouver, BC, in 2011. As I settled down, the Paul Filek band began to resemble a cover band. It was awesome to be able to settle in one place while still earning a living as an artist. I found myself performing on a weekly basis at venues such as The Fairmont Pacific Rim Lobby Lounge, The Hard Rock Casino Vancouver, and the Match Public House's across British Columbia.  The time had come to change the band's name to something that reflected our sound and attitude.

Our live promo reel was recorded at Blue Light Studios in Vancouver, BC in February of 2020, where we officially launched as a band.

Today, All band members are double vaccinated and comply with all safety measures. With the lifting of restrictions, we are ready to help you and your team bring the magic of live music back into your lives.

Since the beginning of time, the heart and soul of any celebration has been live music.  Live musicians and their audience form an amazing connection that lends a dynamic energy to any party.  No matter what the occasion, Ok!Fun! consistently delivers high-energy shows and provides the perfect amount of atmosphere to make your event unforgettable. We'll make your dream party a reality!

The relationships I have developed during my career, have given OK!FUN! event band a large pool of world class musicians from which to choose.  I have the highest of standards and only work with professionals who truly love and respect their craft.  If we aren't excited to play, how are we supposed to get you excited to dance?  We treat every event as if we were the ones celebrating.

We are in the business of making smiles, and we can't wait to see yours!